A report by Chairman of Chess Kenya Mr Githinji Hinga

A group of Chess Kenya officials and friends made a second visit to Red Roof Academy Chess Club on Saturday 30th January 2016 which is located in the heart of the Mukuru Kwa Njenga slums. These included Purity Kenya, Maureen Njeri, Wamaitha Joy and yours truly. Assistant Secretary General of Chess Kenya Filipe Singe and Secretary General Joseph Atwoli had planned to attend but had to pull out due to work commitments.

We were lucky it had not rained for a past couple of days and this meant that the roads inside the slum were somewhat accessible. We navigated my little bug through narrow paths, littered with garbage, through food kiosks obstructing the way and inexplicable little garbage fires in the middle of the street. Thankfully the tyres held up. We arrived just before 3pm and our host Erik Oyugi sought security for the vehicle. I assumed it would be safe but was reminded ” Usisahau huku ni ghetto, Battery na tenje zitaenda” (Do not forget this is the ghetto, your car battery and radio will definitely go).

Mukuru Kwa Njenga is a slum in Embakasi Constituency of Nairobi and home to over 100,000 people most of whom are living well below the poverty line. It is safe to say that the residents face many challenges including poverty, disease, inadequate housing, sewage, gangs, lack of schools etc.

Sports Outreach Ministries (SOP) is a non-profit faith based organisation that seeks to mentor children in impoverished areas through sports and a feeding program. It has a presence in Kenya and Uganda.  Pastor Francis Juma who is a director of SOP Kenya, started a chess program in October 2015.  He arranged for Eng Robert Katende of SOP Uganda carried out a week long chess training workshop at Mukuru teaching a dozen teachers from surrounding schools. In turn the teachers started chess clubs at their respective schools. Many thanks to Robert for the initiative and also for introducing SOP Kenya to Chess Kenya.

Apart from Chess, SOP has a Fee Sponsorship program for disadvantaged children.  They also have  a football program for the kids.

Red Roof Academy was established by a sponsor from the UK, and the children in the school attend free of charge. Teachers are paid by the sponsor and charitable donations. It has a population of about 300 children. Red Roof had a great performance in the 2015 KCPE with an amazing 100% pass rate, unlike most schools in Mukuru Slums. This goes to show that indeed these children are capable of greatness and require access to proper facilities to attain their true potential. 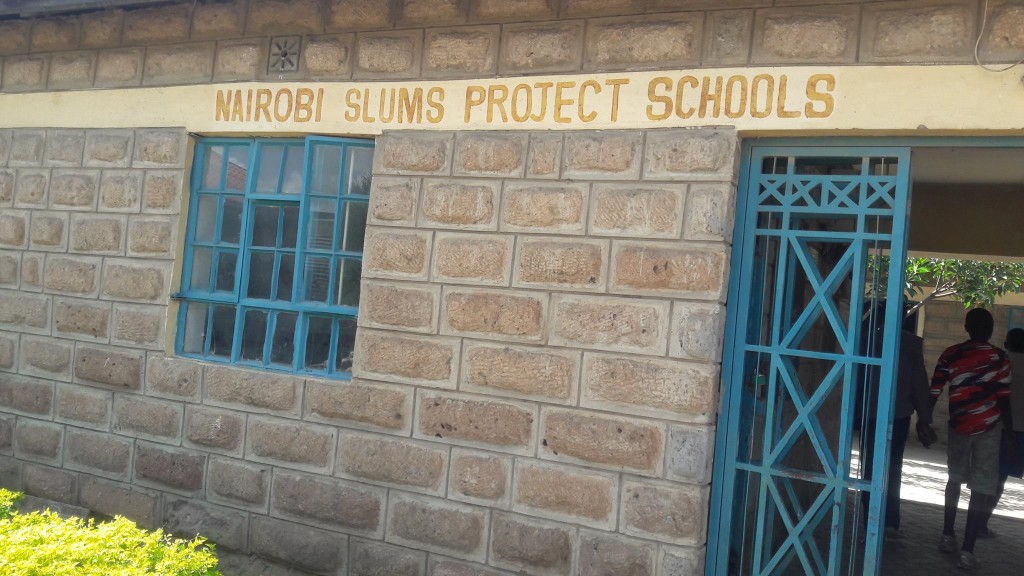 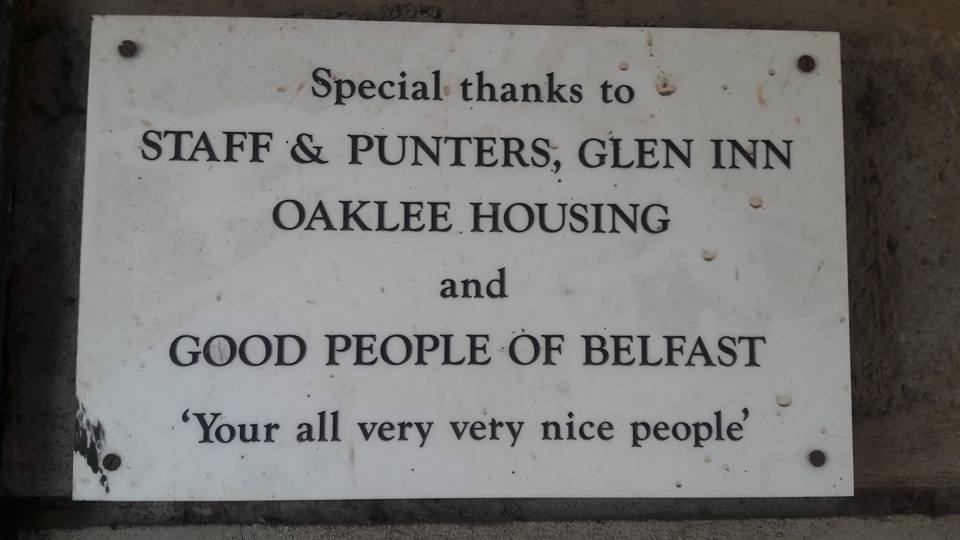 Red Roof Academy,one of the schools included in the SOP Chess program, played host for the Saturday Chess club. The kids and teachers in the program would meet every Saturday and have a joint session.

The kids face the daily threat of being lured to gangs and crime but fortunately chess keeps them focused. Chess has little demands in terms of infrastructure which is a factor in its success.

Currently they have over 70 regular players. The capacity is much more but is limited by resources.

Chess Kenya is happy to support this noble program and will be back again. We call upon well wishers to support the program directly through the Sports Outreach Ministries. Chess players can also volunteer to give lessons on Saturday.

Special thanks goes to Kasparov Chess Foundation Africa
for the initial donation of 5,000 chess sets to Chess Kenya. Next stop is Makueni County where we shall donate 100 sets via the County Sports Administration Mr Ambrose Kisoi.  End.

Editor’s comment – These sets from Kasparov Chess Foundation Africa are now in the hands of these children deep in the heart of Africa.  What will now happen?  Will the chain reaction start and gradually spread across tens, hundreds, thousands of schools in Kenya?  Will the 2025 Kenya National Junior Chess Championship involve 100,000 kids who will have to fight at district level, then town level, then constituency level, and then county level.  Will the 2025 Kenya National Junior Championship  have 47 boys and 47 girls who are the best in their respective counties come for the grand finals which will be held in a 5 star hotel in Nairobi?  Will Safaricom, Airtel & other mega corporates scramble with their cheque books to fund this glorious event?

Will Nigeria and South Africa wonder what happened to their own juniors when Kenya sweeps the medals at the 2025 Africa Junior Championship held in Cairo?

Ladies & gentlemen only time will tell how this story will turn out to be.  I will now end this by saying a big thank you to Garry Kasparov and the Kasparov Chess Foundation Africa for giving us the chance to take this game to the kids of Kenya.

All photo credits to Chess Kenya and Githinji Hinga. 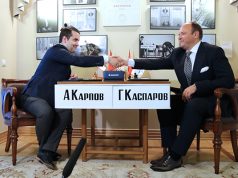 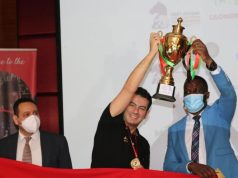