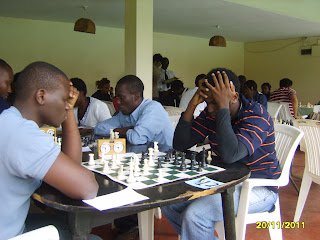 I was in charge of a 40 player speed chess contest over the weekend.  Why do I spend my Sunday doing these kind of things?? Why my friends and family ask me.  I really have no answer.  I guess I just love making things happens for chess players.  Only wish my skills at the board were so good.

This event was sponsored by an old buddy of mine – Mehul Gohil and it was the second leg of our Grand Prix series.  I tried something new. I put all the old clocks on display – East Germany ones, West Germany, Russian, Yugoslavia, Britain (yes even Britain used to make chess clocks – Sutton Goldfield with the big flag) and put them on the top boards.  After the first round we went back to the Digital Age.

Here is a brief report of the proceedings;

Round 2 was a disaster for Mehul Gohil when he lost to Bryan Toboso and Ben Magana held on to a draw against Kevin Riungu in round 1. 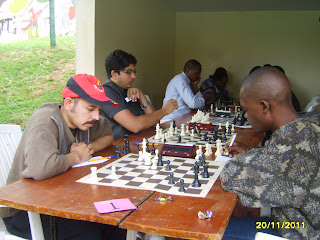 In this photo Mehul Gohil tries to save his game against Bryan Toboso.