Bungoma Chess Club hosted the first ever chess tournament in Bungoma Town on weekend of 24th and 25th November 2012.  The hardworking man behind this was Robert Nyongesa (see photo below left during the closing ceremony of the 54th Nairobi Chess Club Championship in Nairobi. 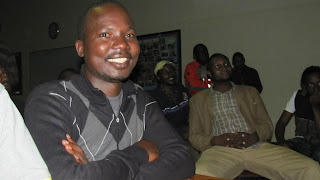 The arbiters for this event was Stephen Kisuze of Uganda and Issac Babu of Kenya.  The strong Ugandans were well represented at this event by Harold Wanyama and Bob Bibasa.

This event had a huge controversy at the end when the all the cash prizes were not paid out.  This has happened in Kenya before and of course players are swift to condemn the organiser who put in so much work and who I must admit gave free entry to many of the players (who are now complaining about their prize fund!)

I will keep you updated on what has happened perhaps in the new year!.

A total of 50 players took part and the top 10 are shown below. 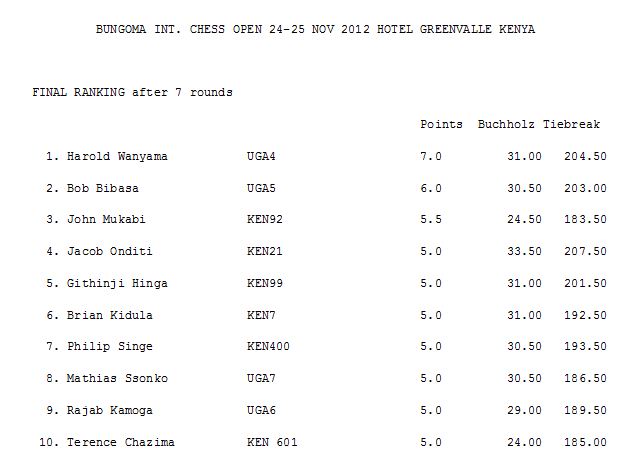