This is the email that I received last week (see below).  I am not sure if I will be attending as these meetings tend to be boring and tedious and most likely to start an hour late.

I have briefly reviewed the constitution and my brief comments are as follows;

1. Chess Kenya will have individuals as members but who cannot vote.  Makes no sense at all. After all a national body should have clubs as its members and not individuals.

For seniors the clause is as follows;

I will keep you updated on the progress.
—————————————————–
Chess Kenya Stakeholders MeetingSunday 23rd December 2012, Nyayo Stadium, KNSC Boardroom from 1430HrsDear Chess Friends,You are cordially invited to the all-inclusive Chess Kenya Stakeholders meeting set for December 23rd, 2012 at the KNSC Boardroom at Nyayo Stadium from 1430Hrs to 1700Hrs.Agenda:1. Feedback on the CK Draft Constitution – follow the link to see draft2. Update on Activities of the ICKC3. A.O.BChess Kenya would like to thank the members of Constitution Review Committee for their tireless effort that has resulted in creating the Draft Constitution.For logistics purpose, kindly let us know if you will be able to attend and also include any thoughts you may have on the draft constitution or any other chess matters.Please respond to Secretary@chesskenya.or.keFurther to this, the following meetings shall take place: 1) Special General Meeting (SGM) on 20th January 2013 to address Constitution and Elections.2) Annual General Meeting (AGM) on 17th February 2013 (Elections AGM)Please note that the dates for all meetings will not change. We urge you to sacrifice time for the sake of the prosperity of the game. Your attendance and input is highly appreciated.My sincere apologies for the short notice.Kind Regards,Githinji HingaICKC SecretaryChess Kenya 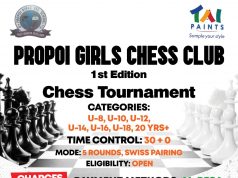 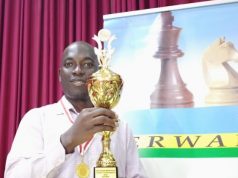 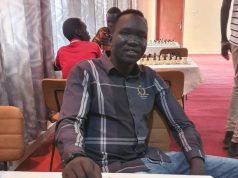