I had mentioned in one of my earlier posts that Chess Kenya had imposed a curfew on junior going for international chess tournament.

Well the plot has now thickened with the following article that appeared in the Standard Newspapers. 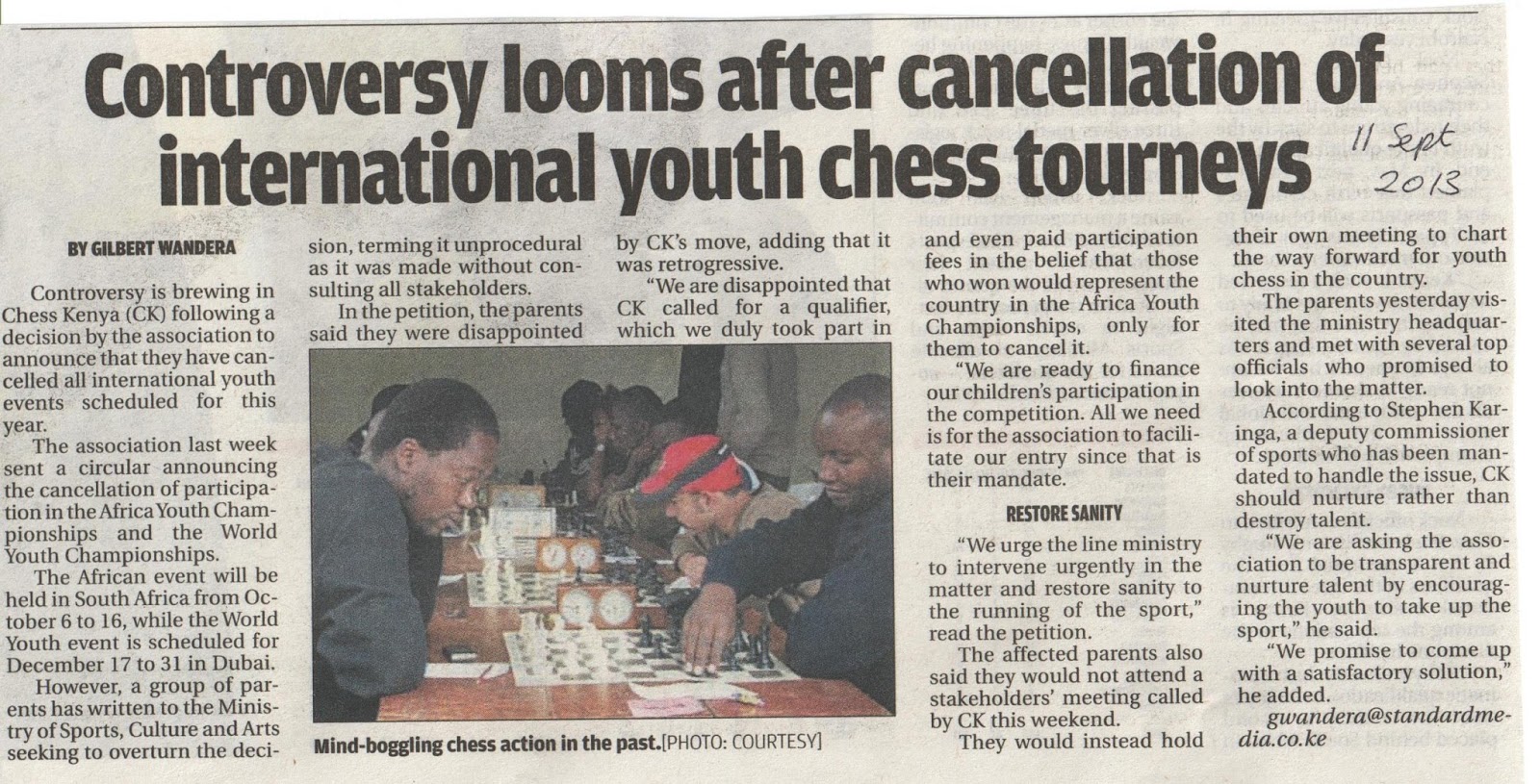 Just to put everyone in the picture. The author of the article is Gilbert Wandera who is a parent of a chess playing child.  The question that we all have is – Who are these parents?  Are they expatriates or Kenyans?  My opinion still stands – If the expatriate kids are better than our kids is it the the fault of the expatriate kids?.  Should we not as Kenyans work harder at improving our skills in chess rather than moaning and groaning.

At the moment the junior chess scene is dominated by Indian kids who win most of the prizes.  This is sad in one respect as it means what are the other kids doing? The European kids, the African kids?  What is going to happen over the next few years if some Chinese or even Russian kids get Kenyan passports are start to whip the junior Kenyan kids and even the senior chess players.  Are we going to ban these kids?  We live in a Global Village and must accept that times have moved on.  We have Kenyans running for Holland, Qatar etc.  We have Chinese players who play chess for Qatar.

My view has is that Kenyans have to get up and start studying chess and defeating the expatriate kids over the chess board.   Thanks to the internet we have all the resources available to us for chess material/resources.  There is no excuse.

Kenyans have some of the best athletes in the world, the best volleyball players in Africa.  This was achieved by sheer hard work and dedication.  Expatriate or no expatriate.  It is dedication to the cause that gives you the glory.  Do not for once believe that in athletics and volleyball has only flourished because expatriates were not allowed into these sports.

In fact it  is great that when we have players from all different backgrounds, countries etc who take part in chess tournaments in Kenya.  Diversity is our strength so let us not dilute that.

Kenyan boys and girls – Time for you to take centre stage.