There is never a dull moment in Kenyan Chess.

This was the double-check that we found recently; 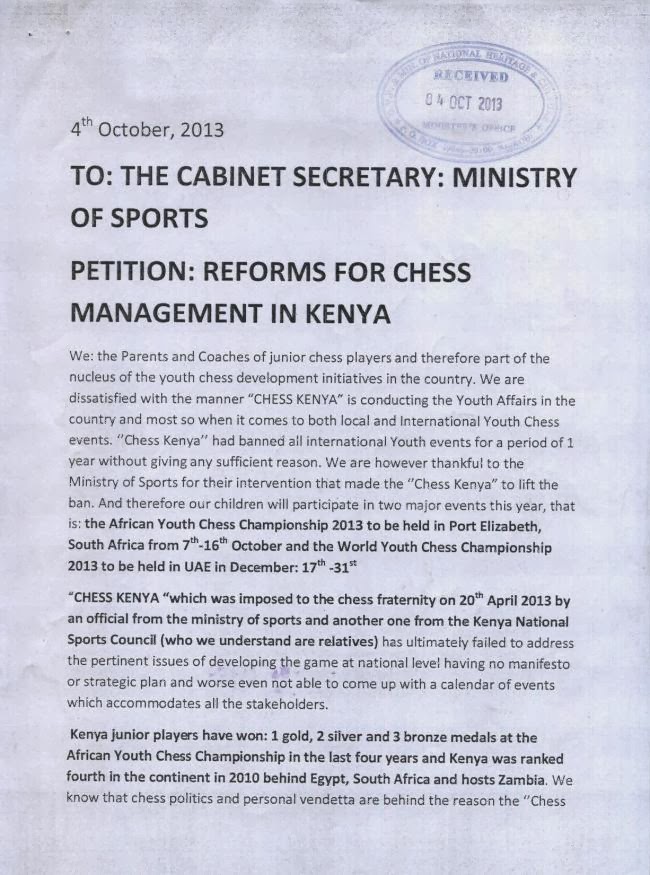 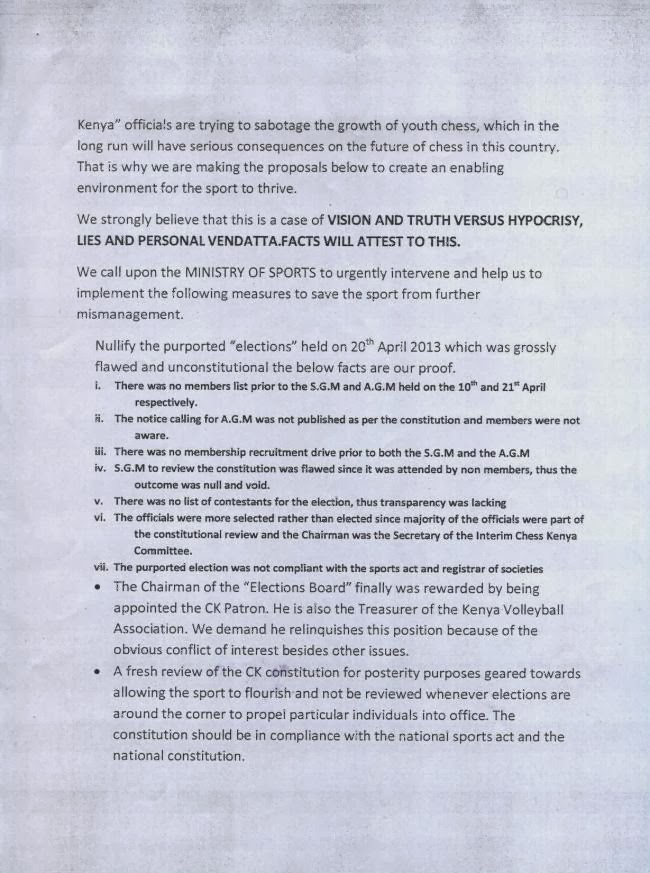 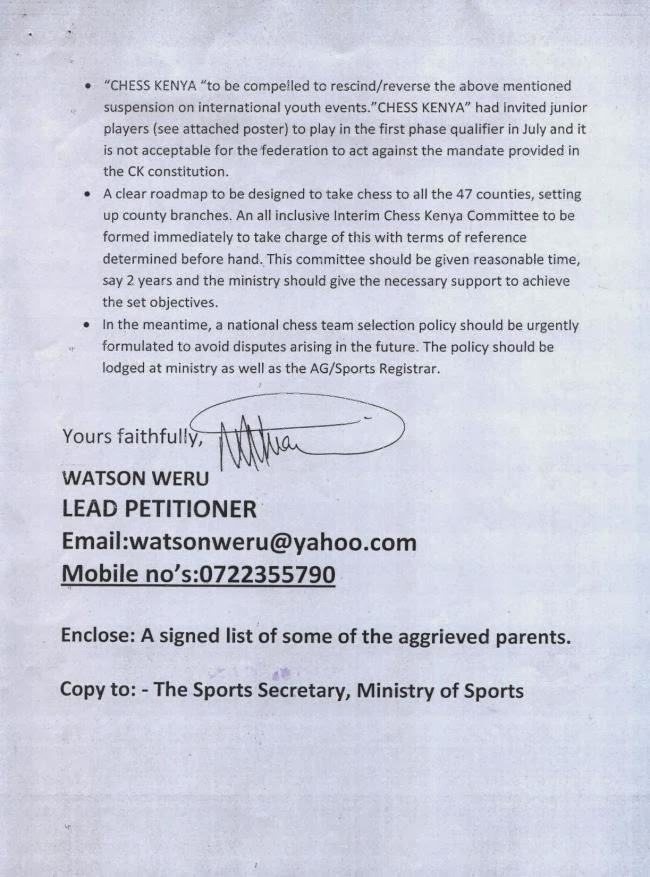 The letter was signed by about 20 players.

This letter is just absurd.  The whole thing has been instigated by former Chess Kenya officials led by former officials Stanley Luruti, Steve Ouma and Larry Kagambi.  You will recall that the over the past few years when these officials were in office there was very little chess activity.  Of course the overseas trips were plenty for the junior players as these were funded by the parents.

I do not believe that the Ministry will act of this letter.  I will keep you posted.

Here is the list of the people who signed this letter. 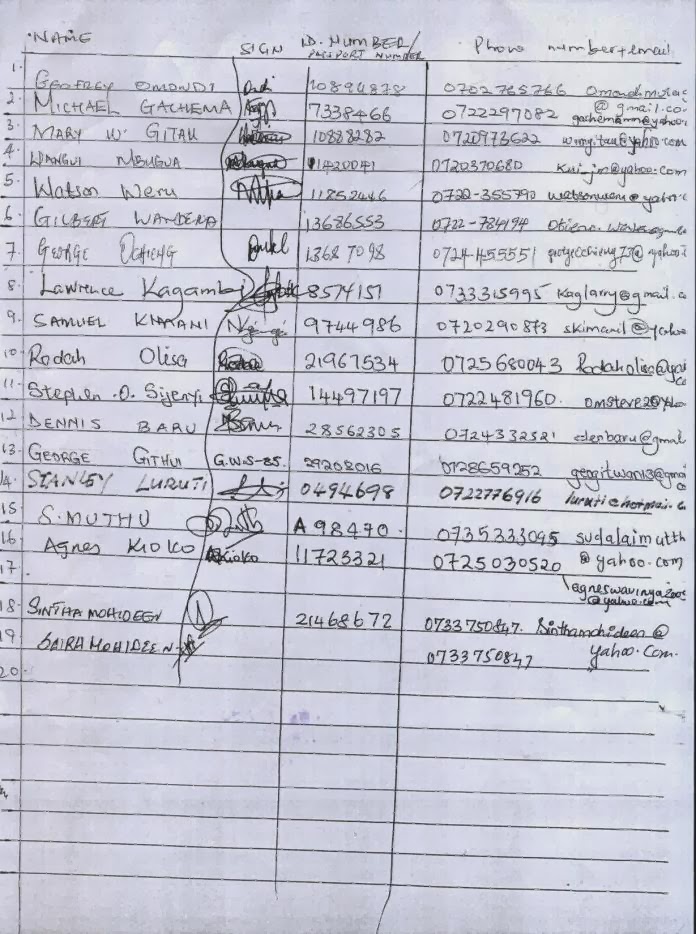 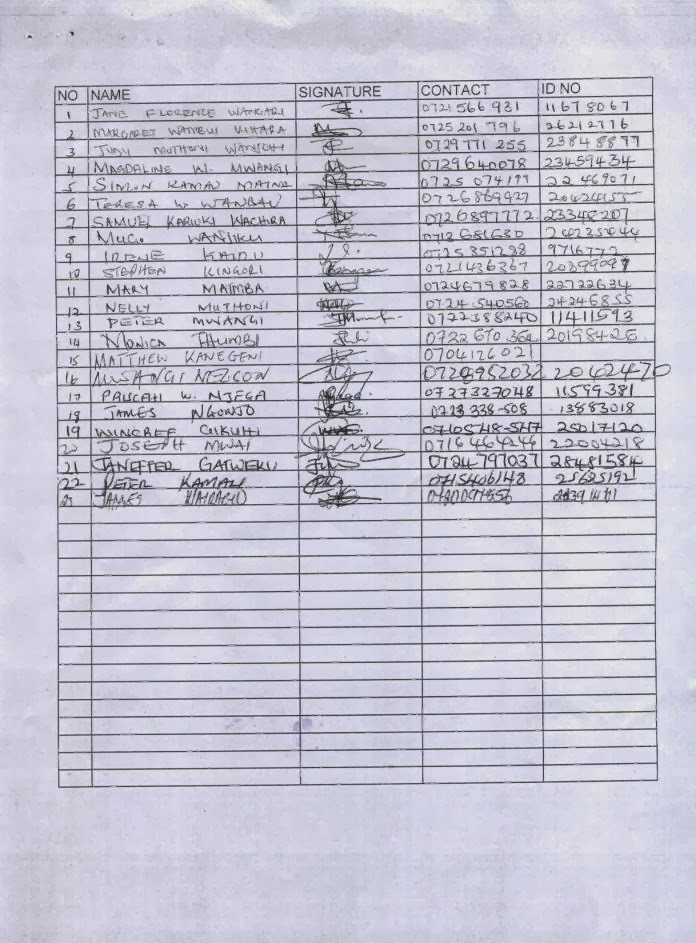