I think some chess players have a screw loose in the head.

Why would I have 18 wooden chess sets in my house?  It is absolutely crazy.   Here are some photos which you can enjoy.

I have another collection of plastic chess sets and that is a story for another time!

The chess set shown below from France has a long story.  This set belonged to my French friend Pajot.  The set is beautiful and I love using it whenever I get chance.  The pieces are not weighted and there is no felt at the bottom.  The board is currently a roll up one but it originally had a hard base so that you could fold it.

This set got stolen from Pajot during the closing ceremony of one of our chess championships in the early 1990s.  In those days it was very usual for sets and clocks to be stolen at chess tournaments.  Pajot’s contract ended and he left the country.  By the way he was a very strong player and I loved learning from him.

I happened to come and watch a chess tournament at the Kenya Poly a few months later and hey what do I see?  Pajot’s chess sets in use but the hard cover for the board had been removed.    My friend Edwin who was the organiser of the event confiscated the set and gave it to me as he knew that Pajot and I were good friends.  So that is the story of how the set is in my  custody.  I have unfortunately lost all contact with Pajot.

Another of my favorite set is the one form a French firm “Chavet”.  The pieces are not felted and not weighted but it is still so beautiful to use.  I have seen that they do have felted and weighted sets.  I bought this from a friend in Kenya.

The set below is from TSL and I purchased it from a second hand dealer in Nairobi called Dominic who used to operate a small second sports shot in Uni-Afric House in Nairobi.  This set had a nice matt finish and was one that I used very often as the King is only 2.5 inches tall. 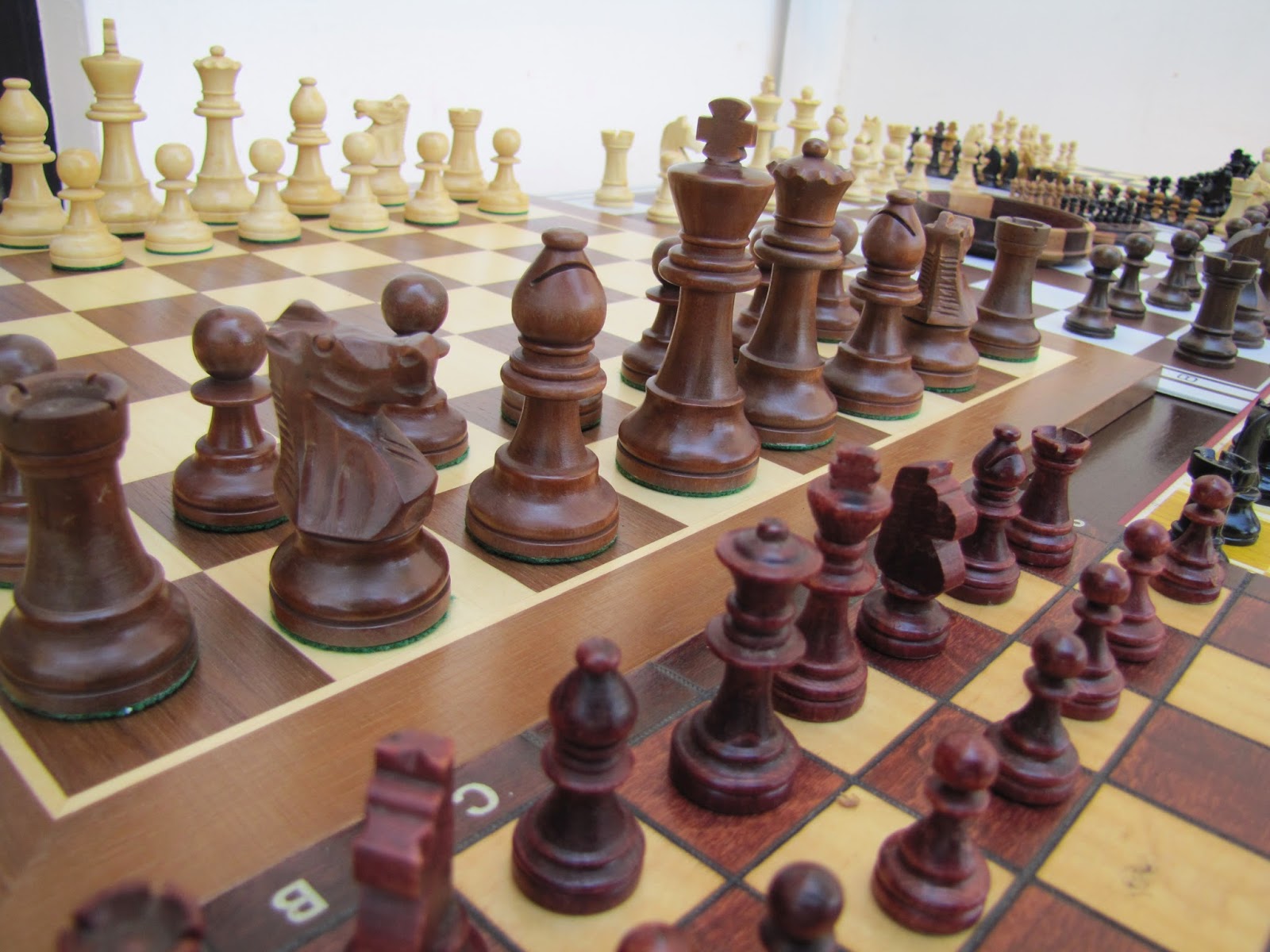