You will all recall that last year the Millionaire Chess event was held in Las Vegas.

Nairobi will be the host for one of the satellite events and fireworks are expected for this event.  The first prize is incredible – fully paid ticket, accommodation, meals and to take part in the Las Vegas Millionaire Chess Open from 8th to 12th October 2015.

The other two events for Africa are set for Lagos and Johannesburg later in the year.

This event promises to live up to its expectation from round 1 to round 8.  There will be no sharing of points, being kind to each other, deciding to share the cash fund.  There is no cash fund for the first prize.  Only one ticket is being given out.  I am told that the event is open to all so you can expect the Ugandans by the busloads and I will not be surprised to see Egyptians and Zambians coming for this event.

This event is promoted by Kasparov Chess Foundation and organised by Chess Kenya.  One will remember from my earlier posts that Kenya was firmly  and solidly in Kasparov’s camp during the 2014 FIDE elections.

I guess we are now enjoying the fruits of that support.

Here is the poster for you to salivate.

I will as usual be there to bring some exciting morsels of information and some photos! 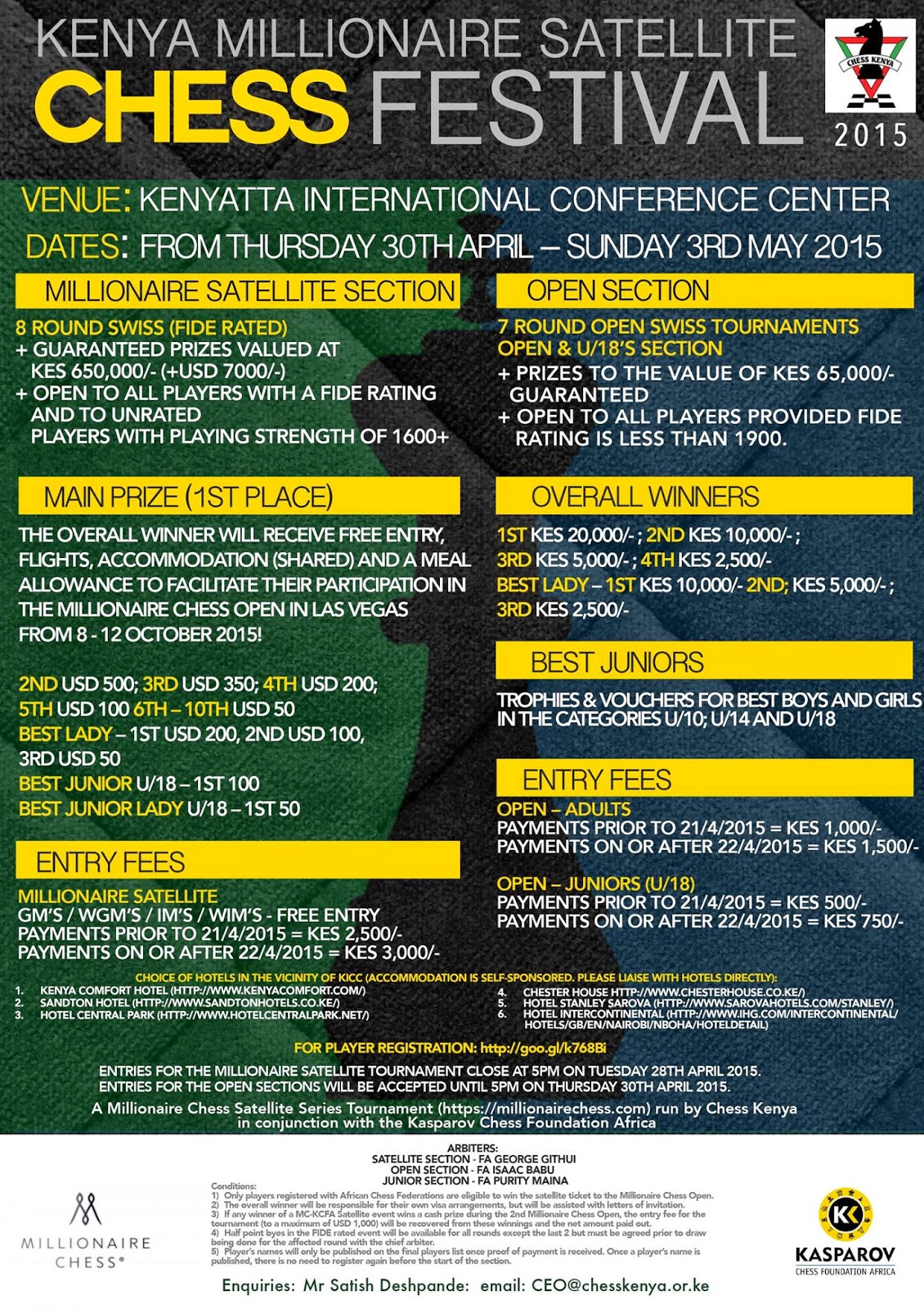