Once in a while my friend Mehul will request me to order some chess books for him from Amazon.  I usually browse through the books before he collects them from me.  The book “The Grandmaster Battle Manual” by Vassilios Kotronias came in and as usual like a little boy I quickly opened the book to check it out. 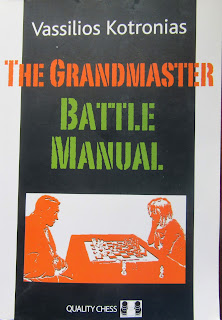 I liked the layout and the many diagrams in the book.  I did not get chance to go through any of the games but one thing caught my eye.  The book has a number of chess illustration which I have taken the liberty to show you.  Hope I do not get sued for this! 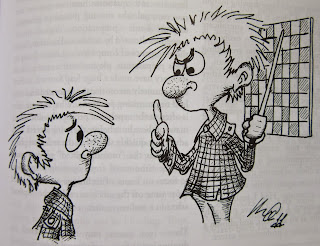 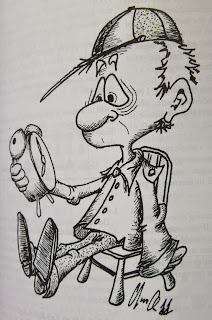 I cannot find out who the illustrator is but it appears that it might just be Vassilios who did these beautiful cartoons.

I think all chess books should have cartoon illustrations as they make the book so much more friendlier and more enjoyable.  I mean a classic like 1953 Zurich by David Bronstein really should have had some cartoons to spice up this great classic.

Talking about cartoons in chess I happened to open a chess book that has been lying in my house for years.  Had opened it once and thought looks boring – no written explanations etc.  I then noticed that it also had illustrations and I bring some of them from “Chess Volume 4”.  Note this book is old and you can see it was done in the days of CCCP.  Many of my young readers may not know what CCCP means.  It means (Союз Советских Социалистических Республик) or Union of the Soviet Socialist Republic or USSR in English. 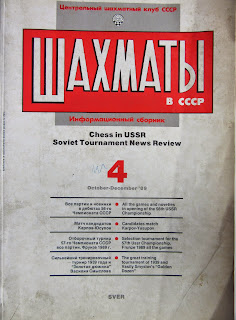 Some of the illustrations are shown below. 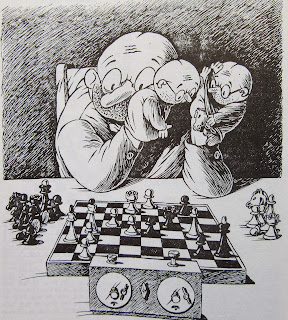 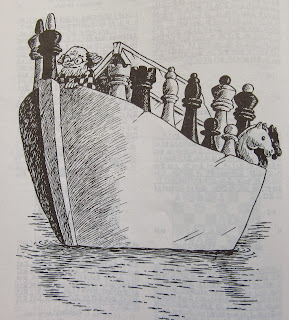 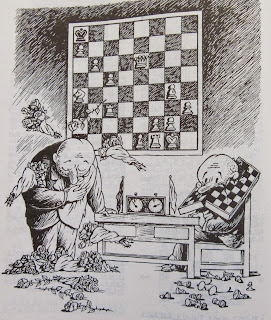 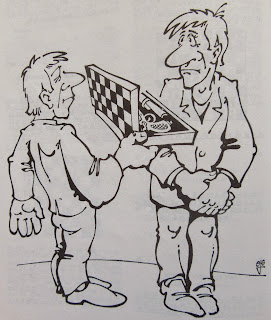 Again in this book there is no mention of who the illustrators are but it appears to have been different people.

Another Russian book belonging to my Misha has more of these illustration. 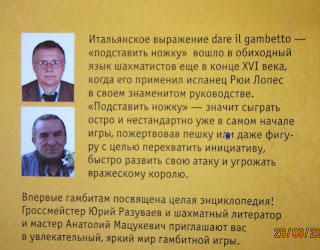 Other illustrations in this book are shown below; 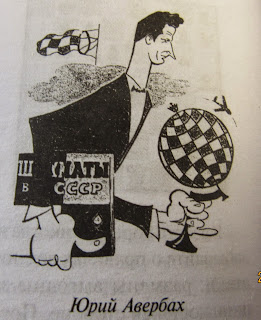 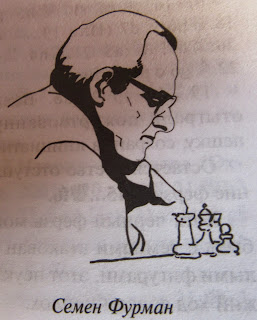 In my mind there is one person who come to mind and who is just great with chess illustrations – Mr Rupert van Der Linden.  I have seen a number of his amazing illustrations in old copies of New In Chess.  Here are a sample of some of them. 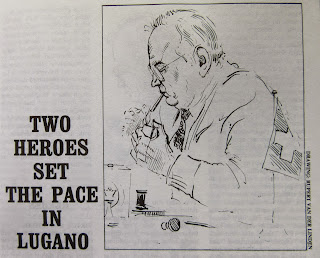 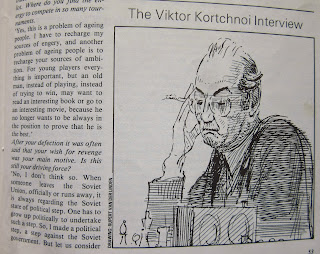 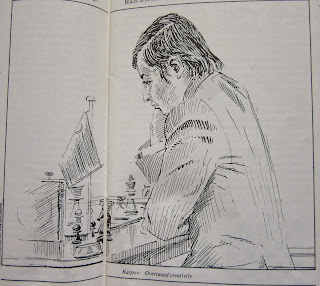