This year’s edition takes place in Mexico City in Mexico from 23rd to 29th April 2019.

The success of the event can be measured by the fact that a total of 11 African federations were present.  Angola, Botswana, South Africa, Ethiopia, Nigeria, Lesotho, Zimbabwe, Zambia, Seychelles, Malawi and host Namibia.

Kenya has never taken part in this event.

Details of players and winners.

Leeroy Mpala of Zimbabwe who was unrated at the start of the event was the winner in the U1700.  Junior Mncwabe of South Africa was 2nd and Theko Khanyapa of Lesotho was third.

Joster Kandangwe of Zambia was the winner in the U2000 section.  Fishan Mwagomba of Malawi was second and CM Immanuel Gariseb of Namibia was third.

The U2300 was the most interesting section.  CM James Dimba of Zambia was the winner and FM Shabier Bhawoodien of South Africa was second.  Musatwe Simutowe of Zambia was third.

The Ladies section was won by Constance Mbatha of Zambia with 8 points.  She tied with Peninah Nakabo of Uganda with the same number of points but Peninah had a lower tie break.

WCM Rose Zeko of Zambia was third with 6.5 points.

Namibia is home to the world’s largest population of free-roaming cheetahs and black rhinos.

Namibia is one of only two countries in the world that has desert elephants!

They have adapted to their semi-desert environment by developing a smaller body mass, longer legs and larger feet. That enables them to travel for miles across sand dunes to reach water.

Despite its low population, Namibia is still home to 13 different ethnic groups.    These includes the Himba, Herero, Damara and the Ovambo who are the dominant tribe.

The capital and the largest city is Windhoek.

Namibia became a German colony in 1884 under Otto von Bismarck in response to British encroachment.

The currency is the Namibian Dollar (NAD) and South African Rand (SAR).

Sossusvlei Sand Dunes are some of the highest in the world. They are one of Namibia’s most impressive sights.

Namibia is the second least densely populated country in the world.  It has a population of less than 2 million in a country which is 40% bigger than Kenya.  Only Mongolia is less populous 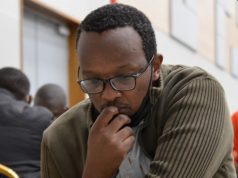 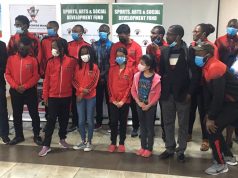