Amadou Lamine Cissé is the 2020 Senegal National Chess Champion. He secured the title with a perfect score of 9 points out of nine rounds with a round to spare.

It is interesting to note that Amadou Lamine Cissé was unrated at the start of the tournament.

Gbedo Sy Mansour was the runners up with 7.5/9.

Bernard Lesbros and Mouhamadou Mourtada Fall tied for third place on 5½/9, with the former taking bronze thanks to better tiebreaks.

Nadezhda Marochkina the only lady participant in the tournament, obtained an impressive 4½/9 and was crowned the 2020 Senegalese Women National Chess Champion.

Venue and other details

The National Championship was to occur in late December 2020, right after the Senegal Open Championship, with the top ten players from the first phase. However, the authorities suspended sporting activities due to the Covid-19 pandemic.

The easing of restrictions in June 2021 allowed the federation to host the final phase of the delayed 2020 Senegal Chess Championship. The final phase took place from 11th to 20th June 2021 at the Arène Nationale De Lutte in Dakar, Senegal.

The event was a 10-player round-robin tournament with a time control of 90 minutes for 40 moves followed by 30 minutes to the end of the game, plus a 30-second increment starting from move one.

An interesting position occurs at the end of White’s 35th move which seems to represent the siege of Constantinople by the troops from the Ottoman Empire!  The nine squares in the right hand corner has the white King surrounded by 3 pawns and 5 pieces!

The first phase of the Senegal National Championship was held at Cours Sainte Marie De Hann from 4th to 6th December 2020. The event was open for both Senegalese and foreigners. The seven-round Swiss tournament brought together 44 participants. Top ten finishers qualified for the second phase.  The winner of the first phase was Gbedo Sy Mansour, who earned the ‘2020 Senegal Open Champion‘ title.

The players and their points from the first phase who qualified are shown below.

Amadou Lamine Cissé is the President of the Federation Senegalaise des Echecs which was registered in 1974.

The highest-ranked player in Senegal is Gbedo Sy Mansour  at 2111.

Senegal has only 14 rated players.

The name Senegal – is thought to have come from the Wolof phrase ‘Sunuu Gaal,’ which means ‘our boat.’

Senegal has been part of several West African empires including the Tukulor Empire (11th century) and the Jolof Empire (12th-14th centuries).

The island of Gorée lies off the coast of Senegal. From the 15th to the 19th century, it was the largest slave-trading centre on the African coast. Millions of Africans were taken as slaves to the Caribbean and the Americas through the ‘Door of No Return’ on Goree Island.

In January 1959, Senegal and French Sudan became the Mali Federation, which became fully independent on 20th June 1960 from France. This did not last long, and Senegal and Mali broke apart into separate nations.

In 2012, Senegal began planting the Great Green Wall – a 7,000km long and 16 km wide wall of trees stretching across the arid Sahel from the Atlantic Ocean to the Indian Ocean. The project is behind schedule but there is still optimism regarding its completion.

Dakar is the capital of Senegal and French is the official language. The country has about 16 million inhabitants. The city’s name comes from ‘dakhar‘ a Wolof name for the tamarind tree.

Dakar was founded in 1857 by the French, who built a fort on the site of the modern Place de l’Indépendance.

One nickname for Dakar is the ‘Paris of Africa‘.

The Dakar Rally, first held in 1978–79 and covering up to 15,000km between Southern Europe and Senegal.  It is considered the world’s most gruelling automobile race. The rally was relocated in 2009 to South America after its organisers cancelled the event due to terrorism concerns.

Les Lions de la Téranga (The Lions of Teranga) is the nickname of the Senegal national football team.

The flag of Senegal has three equal vertical bands of green, yellow and red, with a five-pointed green star in its centre.

Senegal’s national symbol is the lion. A lion is the soccer team’s mascot.  In addition one adorns the presidential seal, and lion statues are often placed at the entrances to towns and in front of military installations. Niokolo-Koba National Park holds the last remaining lion population in Senegal after years of encroachment and poaching.

Other facts about Senegal

The city of Touba in Senegal is known as ‘Africa’s Mecca‘. More than a million Muslim pilgrims visit it annually from around the world. The pilgrimage commemorates the Sufi Islam movement’s founder Cheikh Amadou Bamba and his exile in 1895 by French colonial authorities

Senegal is home to the tallest and arguably most controversial statue in Africa, the African Renaissance Monument. The monument was completed in 2010 and is bigger than the Statue of Liberty.

The African Renaissance Monument built in 2010 in Dakar is the tallest statue in Africa.

The Wolof are the largest single ethnic group in Senegal at 43%.

A Griot or Jeli is a West African historian, storyteller, genealogist, teacher and more.

The local tribes such as Mandika and Wolof all celebrate this all-wise and all-knowing spirit even after they die. Griots when they die are buried inside the centre of a sacred baobab tree but not underground. 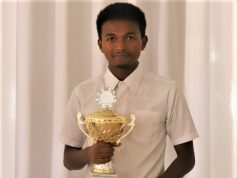 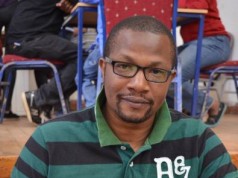 7th Capablanca Cup to be held over Easter